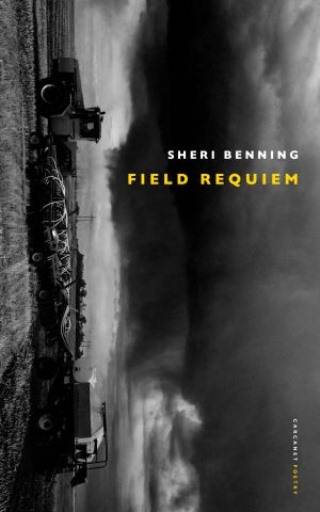 Field Requiem bears witness to the violence inherent in the shift to industrialised farming in prairie Canada. Sheri Benning's poems chart the ways in which a way of life collapses, the world of the family farm, even as the speaker suffers, too.The first poem in the collection, 'Winter Sleep', is a fever dream: the borders between past and present, between the unconscious and the real, break down. The poem reckons with the devastating social and environmental impacts of the agribusiness industry. The long elegy, 'Let Them Rest', takes its cue from the Dies Irae and the Latin liturgy of the Requiem mass to mourn Saskatchewan's many ruined farmsteads and razed communities. Throughout, the poems trace the still luminous contours of love &#8211; for family, for the land &#8211; in rendering the horrors of loss. The incantatory voice rises from dream into dark vision.The book also includes lyric poems that give voice to the affective consequences of loss brought on by climate change and factory farming and renew a sense of locality in the teeth of corporate farming practices. Benning has worked with her sister Heather Benning, who constructs large-scale, site specific installations which explore and extend these themes.

Sheri Benning: Sheri Benning grew up on a farm in central Saskatchewan, Canada. She's the author of The Season's Vagrant Light (Carcanet Press), as well as Thin Moon Psalm (Brick Books) and Earth After Rain (Thistledown Press) published in Canada. Her poems, essays, and short stories have appeared in North American, British, and European journals and anthologies, most recently The Paris Review, Times Literary Supplement, and PN Review. Benning completed a PhD at the University of Glasgow and currently lives in Saskatchewan, where she teaches.